How to Get the Best VR Shotgun Shooting Game

That can run the HTC Vive virtual reality programs

Oculus Rift  will not support the VR gun controller.

3. Get the Vive Tracker  to practice with your own gun

5. Get the VR Gun Controller

Production model now shipping to adults 18 or over

Read the reviews.  Then see for yourself. CLAZER is the future of learning and indoor practicing clay shooting sports

CLAZER is the first patented virtual reality shotgun shooting simulator.  It is based on patented technology from industry leader Lead Tech. Playing CLAZER is the most cost and time efficient way to learn and practice clay shooting away from the range. CLAZER is the best way to introduce wing shooting to beginners and the most effective way for experienced shooters to practice away from the the range. It’s a fun way to learn how to shoot flying objects in the real world or in the virtual world ! CLAZER can transform video gamers into clay shooting sports enthusiasts, as explained in this Power Point on Clay Sports Gaming.

CLAZER is the world’s first patented virtual reality shooting simulator. It was developed by Lead Tech Llc to teach beginning shooters how to shoot skeet, trap and sporting clays and to enable experienced shooters to practice away from the gun range. It is presented in an easily accessible, intuitive, totally immersive form that is fun to play as a game.

If you have shot skeet, trap or sporting clays, CLAZER will seem like you are at the range 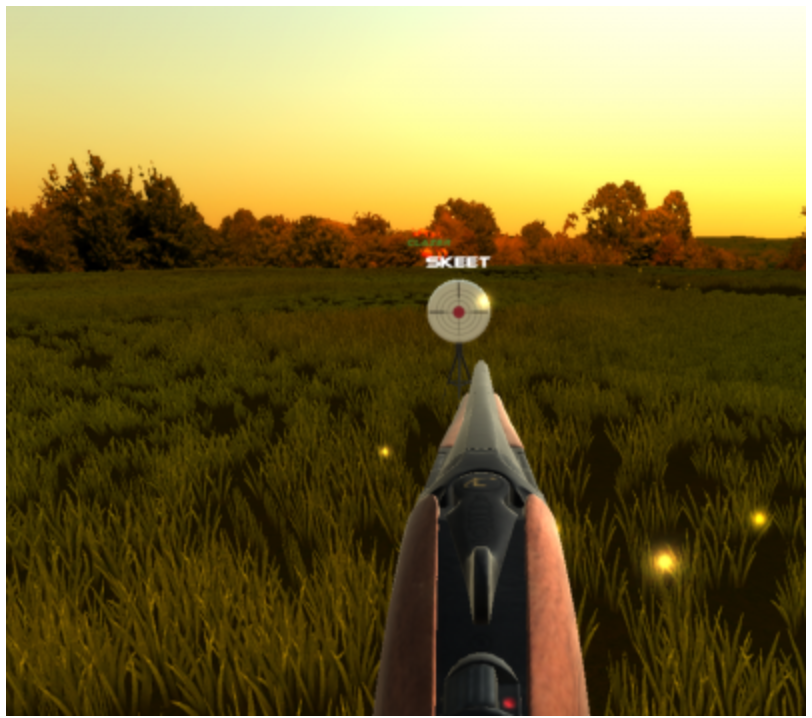 The User Interface is actuated by shooting the icon – which actuates the laser pointer.

The FAQ “?” icon is on the right of each game’s User Interface. Shoot that first 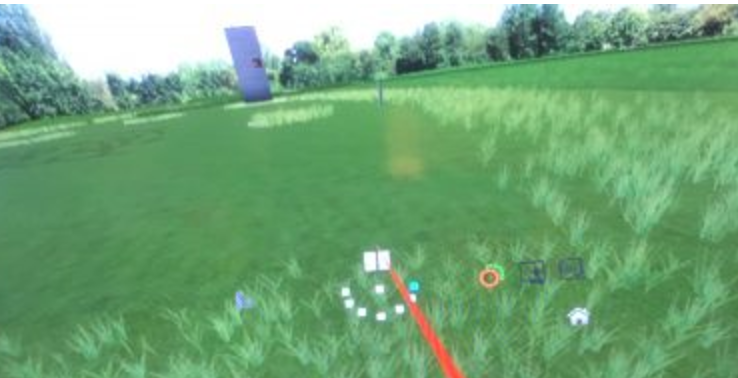 Play /Pause button – will stay in Play mode during the Practice Mode (which is the default) and in Teach Mode – meaning you will continue to get clays thrown – no “Pull” command needed. If you miss one, they are like trains or buses, another one will be along any second !

In Competition Mode – you will be transported from one station to the next and the Play button will go gray when it is ready to throw. If you have not competed in skeet, trap or sporting clays,[www.nssf.org]you might want to watch a video to brush up on the rules so that you know what to expect. 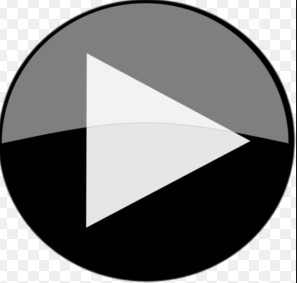 The Shooting Stations are shown in each games in the middle of the User Interface as squares in the same layout as at the shooting range. They are not numbered, but Station 1 is to the left in each game – just like the range. Look down at your feet and stand on the stone station maker.

Get in the proper shooting stance – hit play and get ready to crack virtual clay.

The correct lead (pronounced “leed”) is a function of the intercept area of the trajectory and speed of the target and of the shotgun pellets. LeadTech has calculated the correct lead for each trajectory usual empirical shot dispersions [www.leadtech.co]out to 70 yards and actual shot ballistics.[http]

No matter what style of lead you use – if the gun is pointed at that Phantom Clay when the shot leaves the muzzle, you will bust some clays. 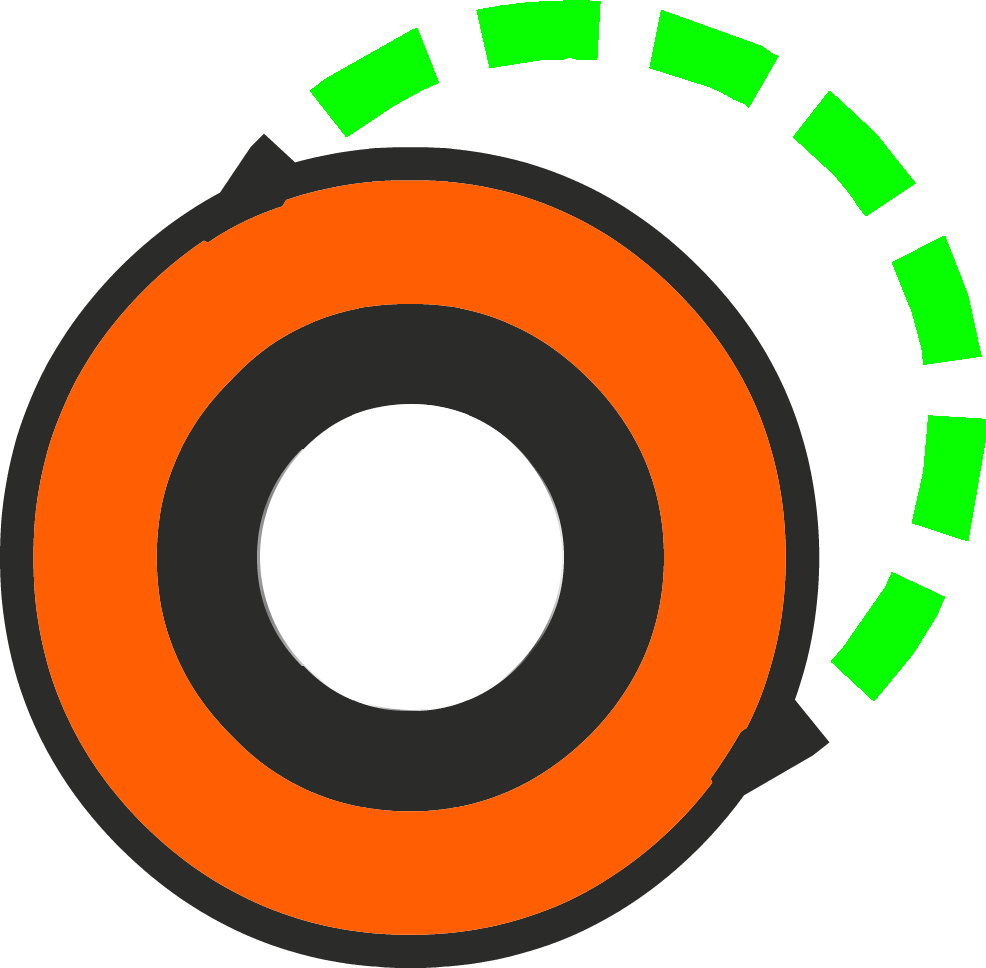 Each game will throw singles or doubles (pairs)

Skeet – laser shoot the High Tower icon and the Low Tower icon (the rectangular bars on the left of the User Interface) to get both of them on and throwing a pair. In Comp Mode, you will get the pair automatically – be ready, and if you have not shot skeet doubles before, watch a video first.

Trap – doubles are accessed by clicking the Trident icon until you get two clays (on the left and right fork of the trident). If you have not shot doubles in trap, watch a how-to video first. [https]

Sporting Clays – to get a pair, click both the side-by-side orange clays in the User Interface. The next machine to throw will light up on the clock face before it throws.Check out a video if you have not shot doubles before. [https] 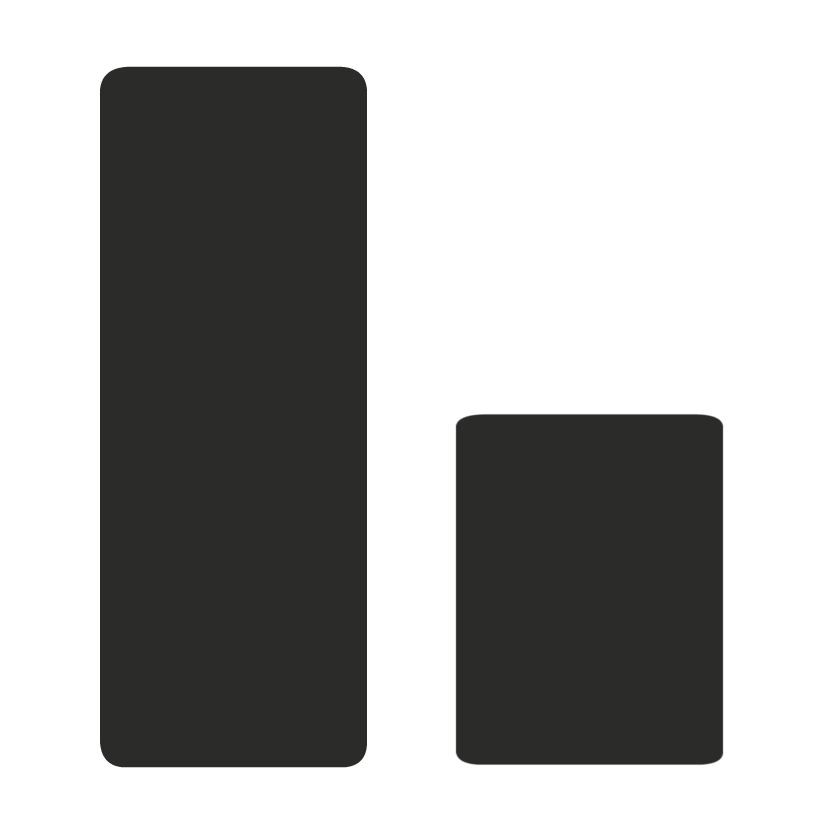 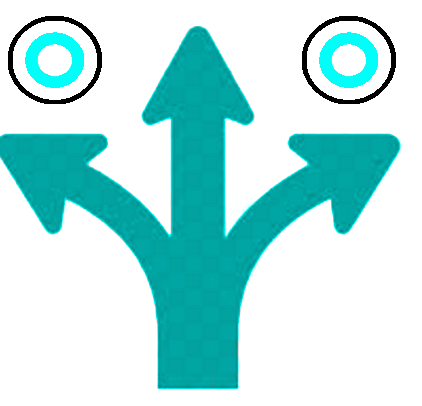 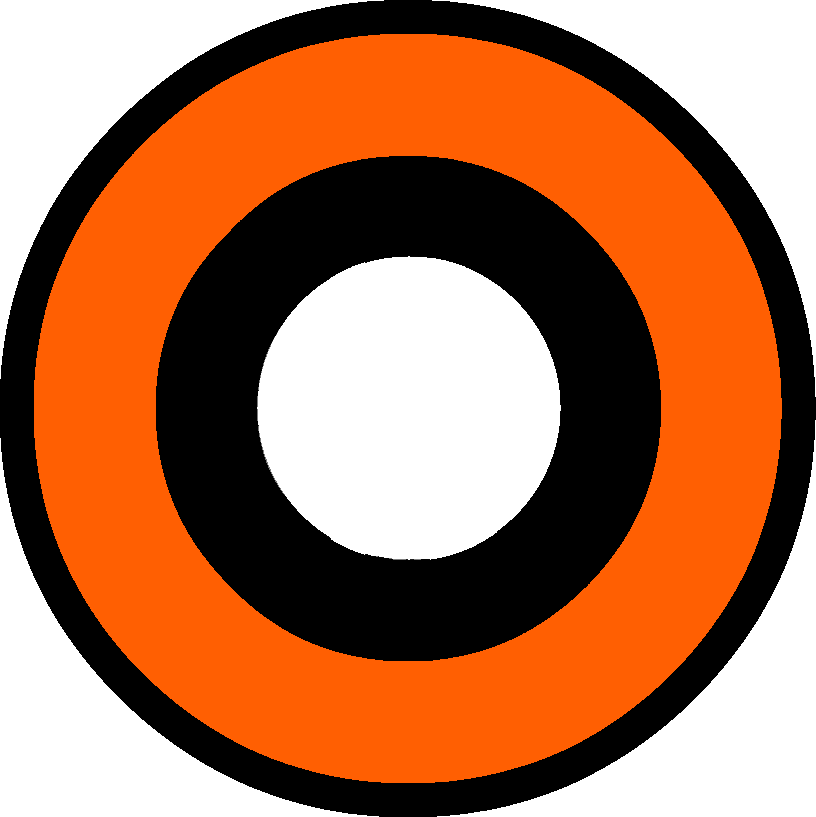 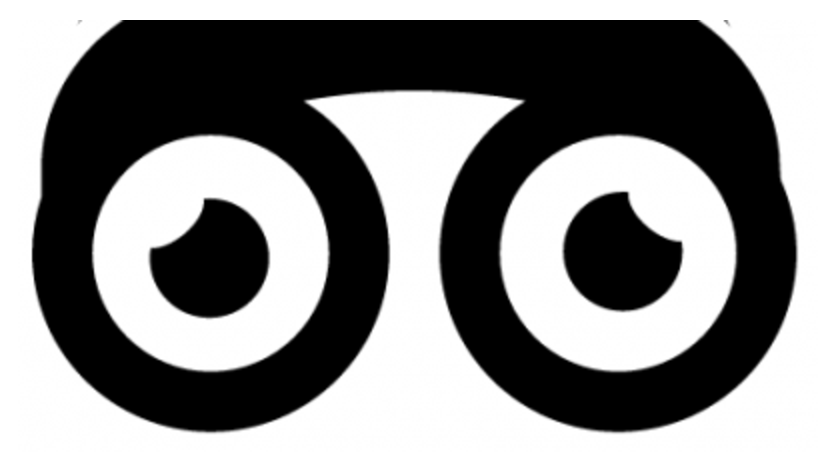 If you use the HTC Vive controller, or the Oculus Rift Touch controllers in CLAZER PRO, you are going to get a very nice replica of a 12 gauge over under shotgun (that may look a whole lot like a Beretta 686). If you are playing with an Xbox, you may get a reticle (cross hairs) at the Point of Aim (POI).

Competition Mode – takes player through a round

Practice Mode is the default mode in all games. It is turned on via the Play button and stopped via the Pause button.

Practice Mode defaults to Phantom Clay on – to show you where the correct lead is. Once you have gotten the hang of it, you can turn the Phantom off and continue to Practice without it

Practice Mode throws clay continuously . . . . so that you can practice – no need to call “Pull”

Practice Mode works from any station – and any machine – that you select.

Before you start Practice Mode, look behind you and shoot the pattern boards (bulls eyes) to see how your gun is patterning. CLAZER shoots flat – 50/50 – with 50% of the pellets above the line of sight and 50% below.

Teach Mode (CLAZER PRO) shows you the point of impact of when/ where you miss with an X marks the spot and a momentarily freeze of the gun avatar. The “X” appears at the same distance as the trajectory of the clay – if your miss is near the clay. If you are way off – it will appear at the point of impact (the ground, a tree, a frog, a building) or at about 50 yards out.

Teach Mode icon in the User Interface is the instructor standing at the board with a pointer teaching (get it ?)

Once you have muscle memory of the shot, turn Teach Mode off. The trick is to memorize how much lead is necessary – with the Phantom Clay on – then practice in Teach Mode.

When you go to the range, we recommend that you reinforce your skills with a ShotKam. from my pal David Stewart

Compete Mode in CLAZER PRO is the icon to the right on the user interface that looks like a score card, because that’s what it is.

When you opt into Compete Mode you will play a round of skeet, trap, or sporting clays in accordance with the (US) rules. It might help to learn those rules[www.nssf.org] once you become proficient.

As you progress from station to station, you can pull up the Score Card by clicking on the gray icon above the Compete Mode icon. When done competing, click the Compete Mode to go back to the game’s home page.

Skeet Specific features include the choice of tower – low or high tower – station selection and the fact that Station 8 has no Phantom Lead – since there is no lead at that station !

Or the Low Tower icon to the right of scene

Or both High and Low Towers for simultaneous doubles

Just like at the range, since the clays are based on videos from a skeet range with correct dimensions, speeds, trajectories etc. 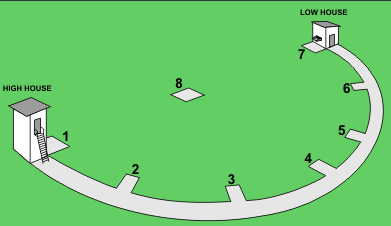 Skeet Station 8 has not Phantom Lead shown because there is no lead, it flies right past your head – you just look at the clay and shoot it. If you miss, turn Teach Mode on to see where your point of impact is.

Once you get the hang of it, Station 8 is easy.

Laser shoot it to get clays from Left, or Center, or Right, either Singles (one clay at end of fork) or Doubles (two clays showing).

If the entire Trident is lit up, that means that it will throw clays in random directions 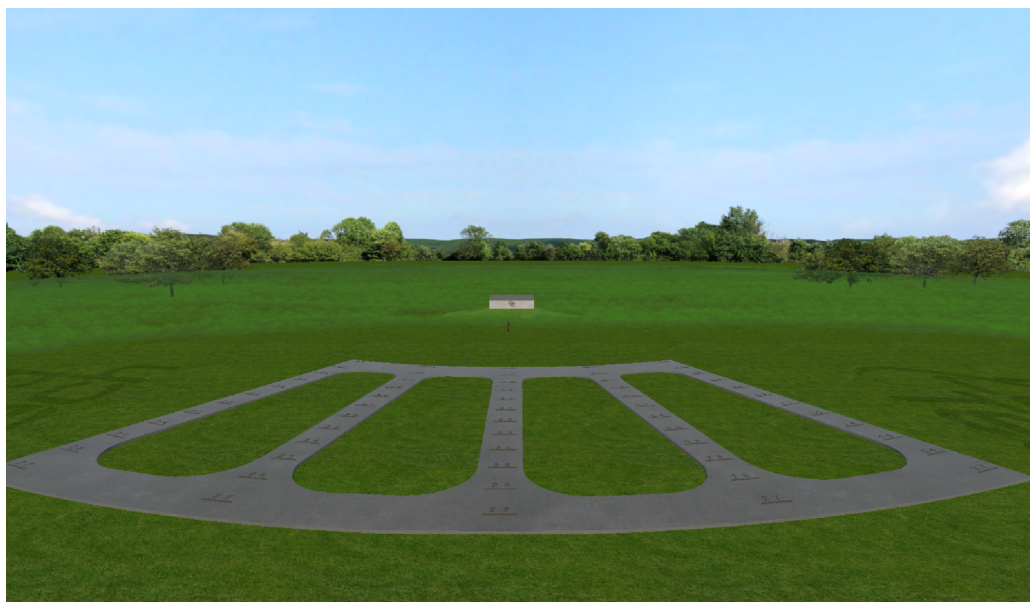 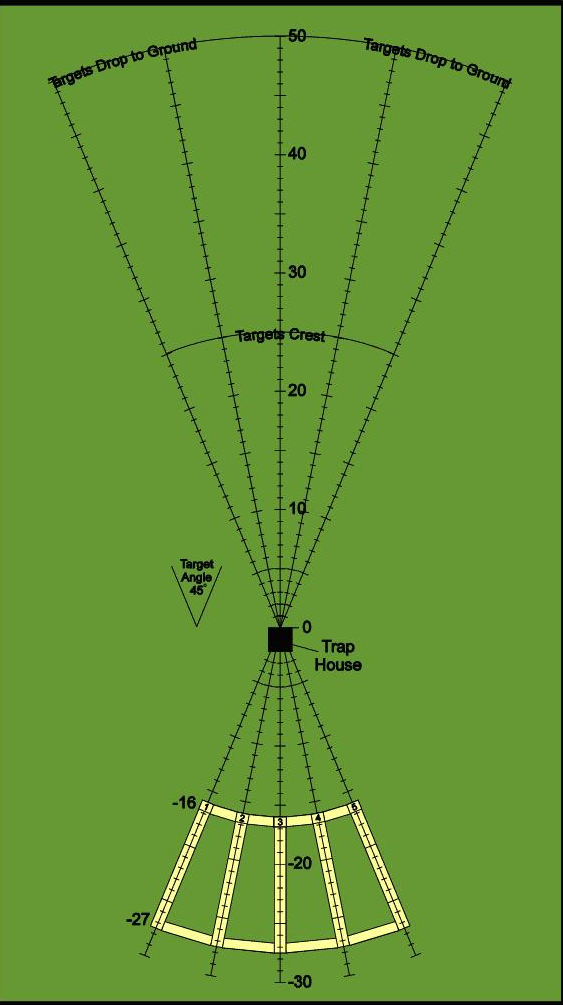 Try the pattern boards to see if your POA is correct

When on Random, the next machine to throw will light up on the clock face

Doubles actuation is the pair of orange clays – click one for single, both for a pair

If you are running CLAZER PRO you should be able to dramatically enhance the resolution by boosting supersampling to 2.0 without frame rate degradation. If you see the clay start to stutter, back off a bit until it is smooth.

Using the Vive, that option is on your left hand controller, menu button.

Using Oculus Touch, that option is on your left hand controller, menu button.

WARNING:  CLAZER does not condone the use of its training techniques for shooting down drones, which is illegal under US federal law 18 U.S. Code § 32 – Destruction of Aircraft. Please apply the CLAZER  skills you learn responsibly.